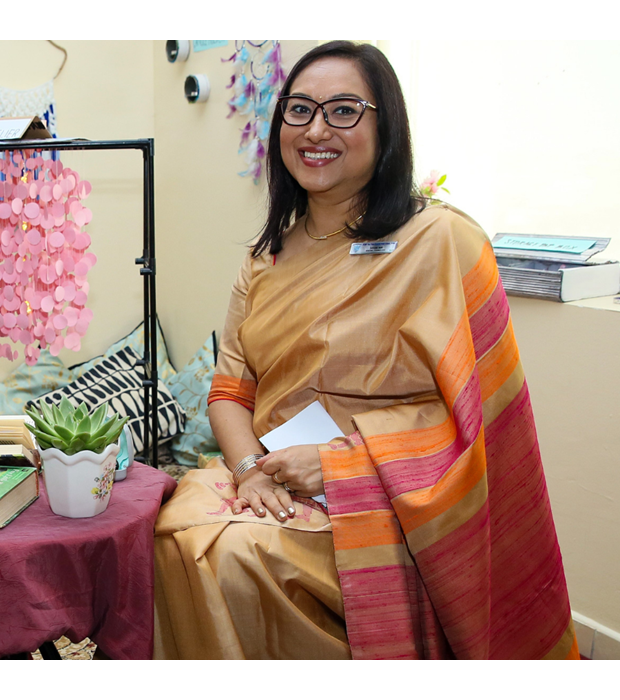 Sheeba Jojo graduated from GEMS Our Own English High School – Dubai (OOD) in 1989, when it still occupied its original campus in Oud Metha. She earned her bachelor’s degree in English Language and followed that up with a master’s degree in English Language and Literature in India. After completing her B.Ed., she joined GEMS Our Own Indian School, formerly known as Varkey International Private school, as a teacher, before going on to teach at various institutions in Dubai and India. Sheeba also completed a master’s programme in Education from Murdoch University in 2019. Today, Sheeba is back at ODD working as Vice Principal, while simultaneously pursuing a PhD in e-Learning Methodologies from Assumption University, Thailand. “I don’t think many are fortunate to be given an opportunity to come full circle and serve their alma mater in a different role,” she admits. “I’m thrilled to be back at my old school.” Sheeba encourages her fellow alumni to join the network: “GEMS alumni are brand ambassadors with a large pool of expertise across different industries and roles; they can contribute to each other’s growth as well as that of the institution. It’s pertinent that GEMS has set out to build a strong network of alumni; one that steers meaningful change across the globe. It is the best support system that anybody can wish for. Through the power of technology and its potential to bring people together, GEMS alumni can draw on each other’s expertise across the globe to make an impact.”